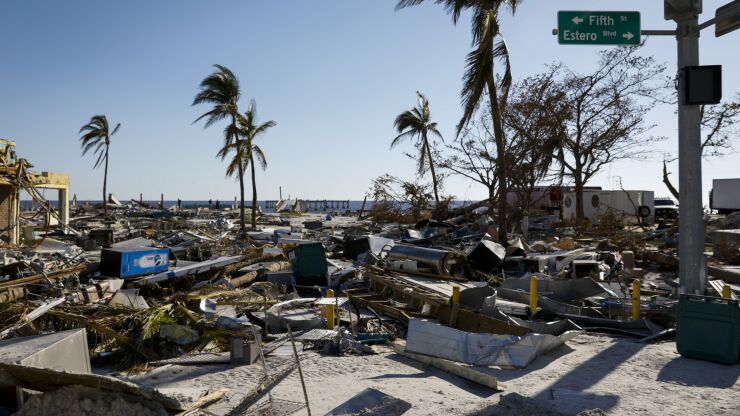 Despite the impact from Hurricane Ian in Florida, the state’s labor force increased by 36,000 in October with Florida’s private sector adding 35,000 of those jobs.

This was the 30th straight month that jobs were created in Florida, while private-sector job growth has exceeded the national pace for the past 19 months, the Department of Economic Opportunity said Friday.

Much of the increase in the unemployment rate last month was due to a rise in unemployment in Southwest Florida after Hurricane Ian hit in September. Still the 2.7% rate is historically low and is a full point below the nation’s 3.7% level.

“Despite the impacts of a Category 4 storm, Floridians and Florida’s economy remain resilient,” the Department of Economic Opportunity said in a statement.

The October unemployment rate in the Fort Myers area, where Ian made landfall, rose 1.3 percentage points to 3.9% from 2.6% in September.

“Florida’s economic resiliency is unmatched in the country — no other state could withstand the direct impact of a Category 4 hurricane and continue to grow jobs in the same month,” Gov. Ron DeSantis said in a statement.

Other areas of the state saw robust job growth in October.

The Orlando area labor force increased by 54,612 while 61,700 private-sector jobs were added. Private-sector employment led the state’s job increases in two major industries: leisure and hospitality, with a gain of 28,200 jobs, and manufacturing, with a rise of 6,000 jobs.

As to the how the state would weather a possible a recession, DEO Bureau Chief Jimmy Heckman said during a media call after the release the data continue to show a strong trend of job growth.

“Florida has seen really, really strong labor force growth that has been very consistent since the start of 2021,” he said. “We continue to see very strong job numbers. Florida is in a good of a position as we could possibly be” ahead of any economic downturn.