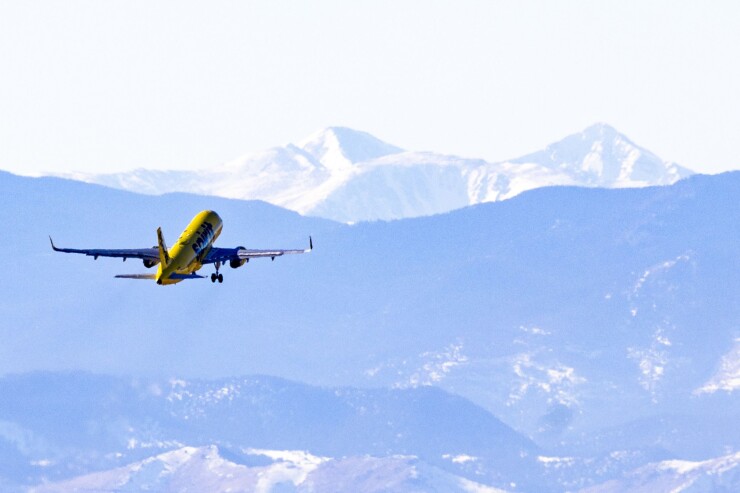 The senior revenue bond rating was raised to Aa3 from A1 and the rating on subordinate revenue bonds was upgraded to A1 from A2, affecting about $5.2 billion of outstanding debt.

“The ratings upgrades reflect the airport’s improved market position that began before the pandemic and has been maintained with the strong recovery in traffic to date,” the rating agency said in a statement on Friday.

It added, the airport was benefitting from population growth within its service area and “strong demographics that skew young and wealthy.”

The airport will sell about $1.84 billion of alternative minimum tax, non-AMT, and taxable bonds to pay off interim notes, fund an ongoing multi-billion-dollar capital plan for expanded gates and terminal improvements, and terminate swaps, according to Moody’s.

Guadalupe Gutierrez-Vasquez, the city’s cash and capital funding director, said the economics of the swap agreement were being evaluated and that proceeds will fund completion of the airport’s 2018-22 capital plan.

The bonds are expected to be priced on July 7 with BofA Securities as the senior manager and Loop Capital Markets, Ramirez & Co., JP Morgan Securities, Morgan Stanley, Stifel Nicolaus & Co as co-managers, she said.

New gates were included in longer-term agreements the airport has through 2035 with United Airlines and Southwest Airlines, and through 2034 with Frontier Airlines, Moody’s said.

It warned that cost escalation for the ongoing capital plan poses a risk to the airport, but “expects that airport management will actively manage the capital plan and adjust as needed for changes in operations or construction costs if economic conditions deteriorate.”

Fitch Ratings affirmed the airport’s AA-minus and A-plus ratings on Tuesday, citing “the airport’s strong operational characteristics including its standing as the world’s third-busiest airport in 2021 benefitting from its strategic location as a connecting hub within the large, diverse and growing Denver region.”

Puerto Rico Oversight Board imposes FY23 budget
Sky-High Listing Prices Are Finally Starting To Come Back Down To Earth
Option Strategy for a Major Stock Market Crash in 2018! – Butterfly
Ethereum average gas fee falls down to $1.57, the lowest since 2020
Investors see little to be gained in stocks the rest of the year, favor dividend payers now, CNBC survey shows