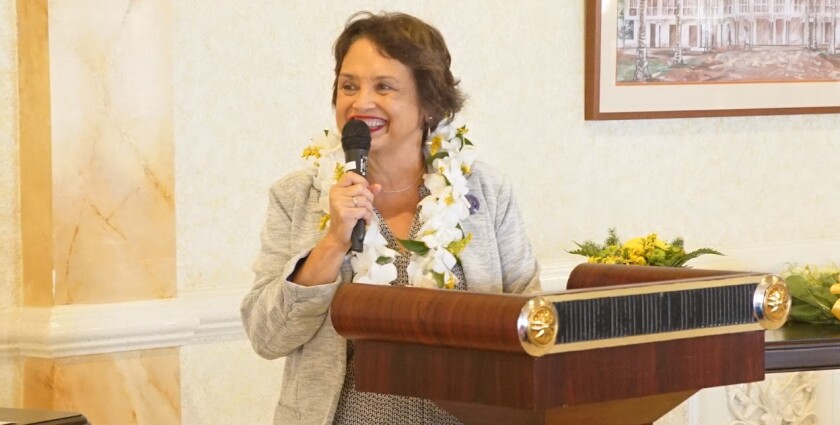 The government of Guam has settled on a $937 million budget for fiscal 2022, which starts Oct. 1.

Gov. Lourdes “Lou” Guerrero on Saturday said she would let the budget go into effect without her signature. The legislature transmitted the budget to her on Aug. 31.

“As tourism remains depressed because of the pandemic, Guam’s fiscal 2022 budgetary balance will depend on the government’s ability to respond to potential revenue shortfalls with prudent financial management and judicious use of federal funds,” said Pisea Chea, vice president at Moody’s Investors Service.

The biggest sources of general fund revenue are expected to be: $238.9 million of Business Privilege Tax, $235.4 of withholding taxes, interest, and penalties, $73.9 million of corporate income taxes, and $71.2 million of income taxes.

In a memo to Legislature Speaker Therese Terlaje, Guerrero said she had reservations about the budget. She said she had used her transfer authority to fund a 15% pay increase for nurses starting June 18. However, the budget does not include money to continue this increase. Now agencies will have to “divert financial resources from other important operational requirements” to continue this pay raise, Guerrero said.

The budget sets aside a projected $20 million surplus to be used to pay past due tax refunds. Guerrero said this was a problem because Guam cannot be sure the surplus will happen.

Guerrero said despite her concerns with the budget, she would work with it.