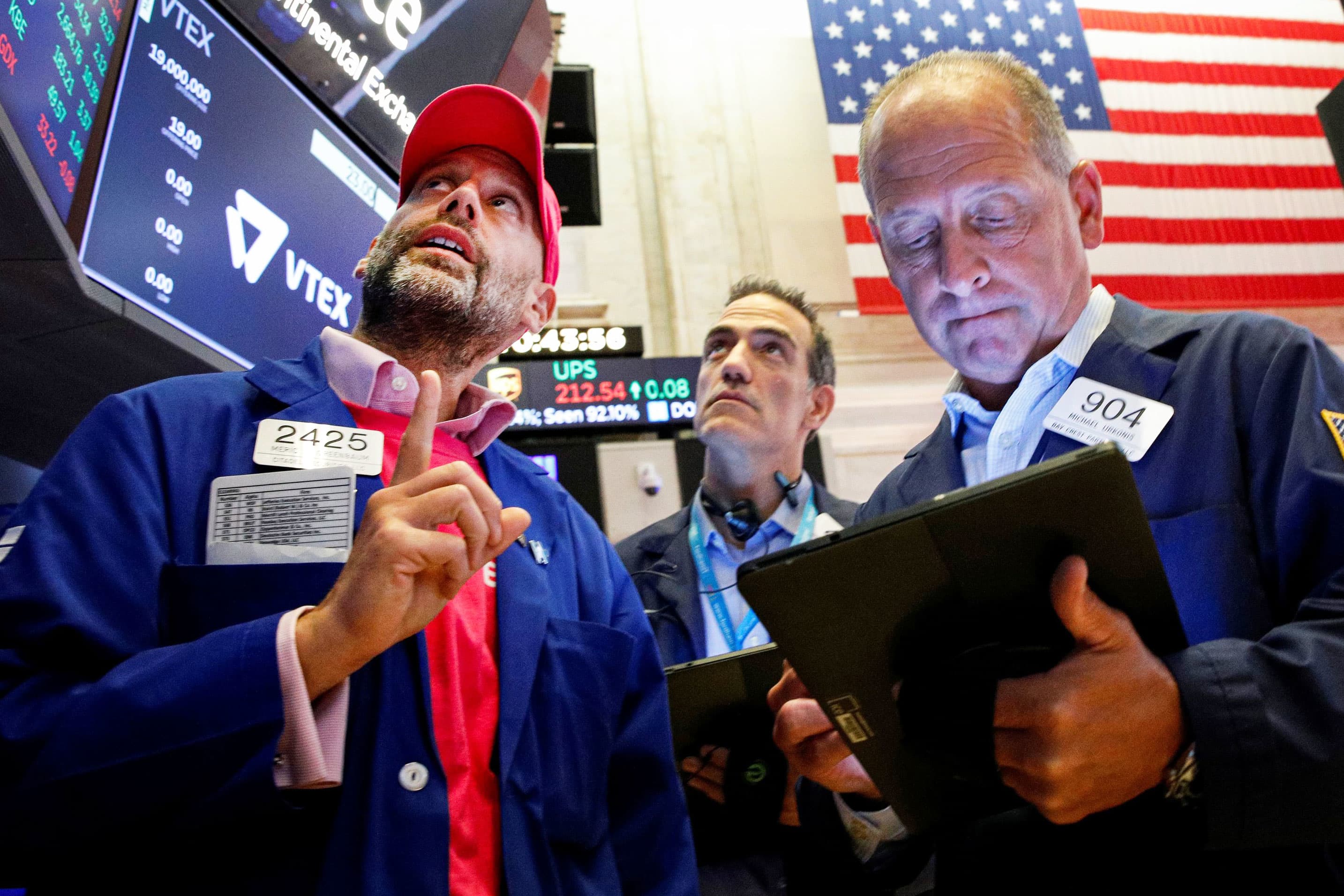 With fresh evidence the labor market is on the mend, investors’ focus shifts to inflation in the coming week and whether it will continue to heat up or show signs of abating.

There is a series of inflation data expected: the consumer price index and the producer price index, released Wednesday and Thursday, respectively.

Jobs and inflation are two key factors that influence the Federal Reserve in making its decisions on policy. Markets are hanging on anything that will help determine when the central bank will start to step away from the measures it took to support the economy during the pandemic, including its $120 billion per month purchases of Treasury bonds and mortgage-backed securities.

Friday’s July jobs report showed a healthy 943,000 increase in payrolls. That gain is enough to spur Fed watchers into thinking the central bank could announce in the next couple of months that it will dial back its support measures. That’s important since ending the bond-buying program is a first step toward raising interest rates. It’s the Fed’s near-zero rate policy that has helped drive the liquidity feeding the stock market’s gains and keeping rates low.

“I think the keys for the next week are going to be both CPI and PPI. We get some inflation data for consumers and for businesses. Those will be closely watched. Jobless claims as well,” said Michael Arone, chief investment strategist at State Street Global Advisors.

“The Fed has made it clear that the labor market is key to what they do next,” he added. “Jobless claims will continue to be an item that gets looked at every week. Then finally we’re going to get consumer sentiment. Those are four things that could be market movers.”

The Fed has said elevated inflation, running over 5% at the consumer level recently, is just temporary. Economists polled by Dow Jones expect another hot reading for the consumer price index, with core inflation rising 0.4% or 4.3% year over year. The CPI is released Wednesday. Headline inflation was at 5.4% in June, and core, excluding food and energy, was at 4.5%.

”That 0.4% follows a 0.9% rise in June,” said Peter Boockvar, chief investment officer at Bleakley Advisory Group. “Then you get PPI Thursday and import prices Friday. Import prices have been running hot and import prices are expected to be up 10.5% year-over-year. That follows over 11% the month before.”

Economists said if there is another strong employment report for August, then that would support the Fed moving to start tapering its bond-buying program. But one wild card for the economy is the course of the latest Covid outbreak and whether it will crimp economic activity and hiring.

In making a case that inflation is fleeting, Fed Chairman Jerome Powell has pointed to what seems to be a temporary sharp jump in used car prices, and also the decline in lumber prices after a sharp run-up. The Fed’s target for inflation is 2%, but policymakers said they will tolerate an average range around 2% before acting, as long as inflation does not stay too high for too long.

“Used car prices are beginning to show signs of moderation. I’ll argue that ‘you show me used car prices, and I’ll show you rent [rising],'” said Boockvar. “‘You show me a drop in lumber prices. I’ll show you a 10-year high in aluminum prices.’ Look at natural gas. It’s at a six-year high. It’s broad based.”

A protracted period of inflation would harm the economy and negatively affect stocks. Corporations so far have been passing along rising costs to their customers in the form of higher prices, but if they can no longer do that at some point, profit margins will shrink.

There are a few Federal Reserve officials speaking in the week ahead. Market pros are looking to them to help clarify the central bank’s intentions on tapering. The expectation is that the Fed will announce in September or later in the fall that it will taper back its $120 billion a month bond program, starting at the end of the year or early next year.

The tapering is expected to be gradual and continue for 10 months or more. The Fed’s own forecasts show its first rate hikes happening in 2023.

More information could come from the Fed when officials gather for their annual symposium in Jackson Hole, Wyo. at the end of the month. But action is not expected to be taken until the September meeting or later.

“We have two voters Monday who are speaking and that’s important. Both lean toward tapering,” said Boockvar.

“You could add a few more voices to this,” he said. “It could be a showdown between [Fed Governor] Lael Brainard and [Chicago Fed President] Charles Evans on one side and [Fed Governor Christopher] Waller and some of these Fed presidents on the other.”

The bond market has responded to the idea that the Fed could wind down its bond buying policy. The 10-year Treasury yield crept up to 1.29% Friday afternoon, after hitting a low of 1.13% during the week.

Yields, which move opposite price, had been moving lower on a number of factors, including concerns about Covid disrupting the economy.

Briggs said the bond market will be impacted if the inflation number is hotter than expected. “I think it will matter. I’ve always thought the inflation story is the real story anyway. We have rents picking up in the back half of the year. That’s going to keep inflation above 3%. That’s going to be a challenge to the Fed,” he said.

As for stocks, State Street’s Arone expects the market to continue to “grind higher.”

Earnings continue to roll out in the coming week, but the volume of the releases drops off dramatically. Reports are expected from Walt Disney, eBay, Wendy’s and others.

“Earnings season, we’ll be putting behind us. It was stellar. Then we have sort of a vacuum between earnings and Jackson Hole,” said Arone.

“The market has seemed to take the variant news in stride, but investors are cautious,” he said. “The jobs number does help alleviate some of those growth scare concerns, concerns about the slowdown in growth. Numbers like this certainly help investors with their anxiety about that.”

This article was originally published by Cnbc.com. Read the original article here.