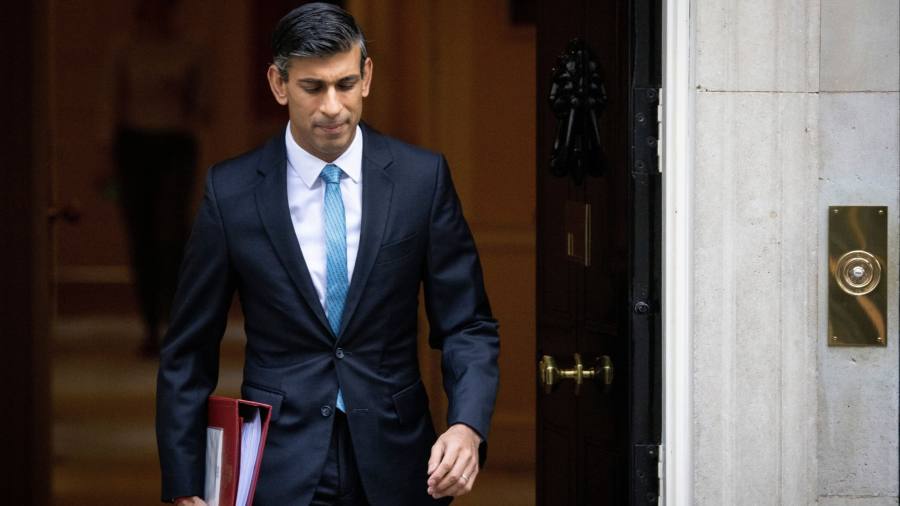 Rishi Sunak is under pressure from a broad alliance of British business, legal, worker and environmental groups to drop controversial plans to automatically strip swaths of EU-derived law from the British statute book by the end of next year.

More than a dozen organisations including the Institute of Directors, Trades Union Congress and Chartered Institute of Personnel and Development warned the move would “cause significant confusion and disruption” for businesses, workers, consumers and conservationists.

The Retained EU Law Bill, which has been backed by leading Eurosceptics, including the former business secretary Jacob Rees-Mogg, is a talismanic piece of legislation for Brexiters, who believe the process will deliver a “productivity boost” to the UK economy.

But in a letter sent to business secretary Grant Shapps on Wednesday, the groups warned that dumping EU laws would plunge business into fresh uncertainty at a time when they are battling soaring energy bills and inflation.

The letter is the latest sign that business is taking a more robust approach to the continued disruption from Brexit. CBI boss Tony Danker this week urged ministers to put aside political motives to seek improvements to the UK’s existing trade deal with the EU.

A government spokesperson said it was committed to taking full advantage of the benefits of Brexit, which was why it was pushing ahead with the Retained EU Law Bill. “This will allow us to ensure our laws and regulations best fit the needs of the country, including making sure we continue to protect and enhance workers’ rights and support jobs.”

Roger Barker, director of policy and governance at the IoD, said the bill created unnecessary uncertainty for businesses in the UK when they were facing “more pressing issues” given the stalling economy.

“Getting to grips with any resulting regulatory changes will impose a major new burden on business which it could well do without,” he said.

TUC general secretary Frances O’Grady described the legislation as “a recipe for chaos”, adding: “This bill has been rushed through with no consultation and no real thought for the impacts on workers, businesses, consumers and the environment.” She added that it “must be withdrawn before lasting damage is done”.

The letter comes just days after the government’s own Regulatory and Policy Committee (RPC) described the business department impact assessment for the bill as not “fit for purpose”.

Other organisations, from consumer goods group Which? to the NFU and British Safety Council, have also called for the bill to be delayed or scrapped.

Up to 4,000 individual pieces of legislation that were transposed into UK law at the point of Brexit in order to preserve legal and regulatory continuity are potentially affected by the legislation.

Senior civil servants have warned that reviewing all the legislation in a short timeframe will place an impossible burden on Whitehall.

Of particular concern is a “sunset clause” that would see any EU-derived law that has not been explicitly “reviewed or revoked” by government before the end of 2023 automatically lapsing from the UK statute book.

The letter warns that this would overturn “decades of case law” and make “the interpretation of the law highly uncertain”, creating “a huge risk of poor or potentially detrimental law entering the statute book” that would endanger vital worker, consumer and environmental protections.

These range from holiday pay, safe working hours and protection from discrimination to the labelling of meat and eggs and the ban on the slaughter of seals.

Ditching these laws could also put the UK “in breach” of the agreement struck with the EU by former prime minister Boris Johnson, the letter adds, “bringing with it the prospect of additional tariffs hurting UK exporters and those who work for them”.

Other groups have expressed deep misgivings at the scope and pace of the legislation.

Rocio Concha, policy director at Which? said the bill could modernise consumer law including those governing the safety of products ranging from child car seats, to food products and tech devices.

“This bill is too important to rush through — the 2023 deadline with an automatic sunset doesn’t make sense for anyone,” she said.

Nick von Westenholz, director of trade at the NFU, said the farming industry supported a systematic review of EU-derived laws to improve the regulatory regime that governs farming, but warned the rush could worsen an already uncertain business environment.

“The unnecessarily tight deadlines that flow from the sunset clauses, and the sweeping legislative powers that will be given to ministers without proper parliamentary oversight, are very worrying,” he said.

Peter McGettrick, chair of the British Safety Council, the health and safety industry body, said the bill risked “opening a legal black hole, which will leave businesses in the dark and expose people to greater risk.”