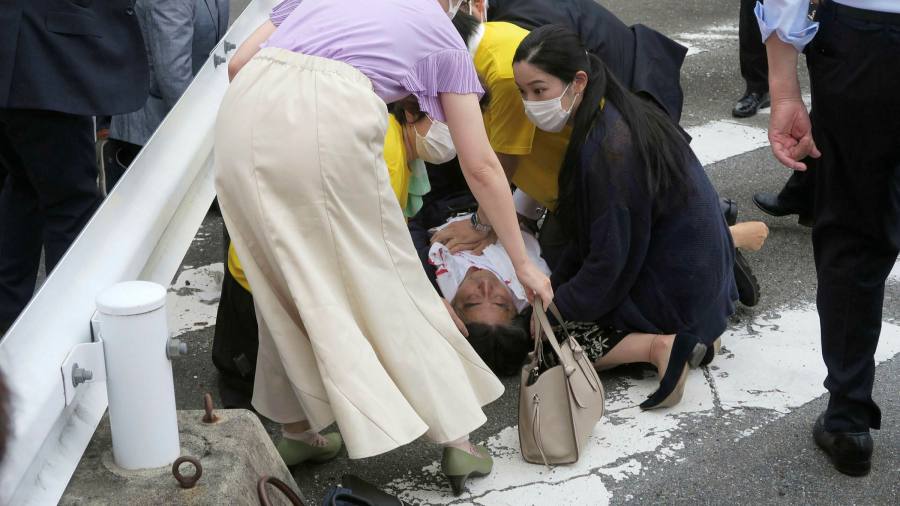 Former Japanese prime minister Shinzo Abe has been shot in the city of Nara, public broadcaster NHK reported on Friday.

Abe was seen collapsing during a speech in Nara at around 11.30am, the broadcaster reported. He was bleeding. An NHK reporter on the scene heard the sound of a gunshot.

The former prime minister has been taken to hospital and is in cardiac and respiratory arrest, the report added.

NHK later reported that police said Abe had been shot from behind with a shotgun.

This is a developing story.