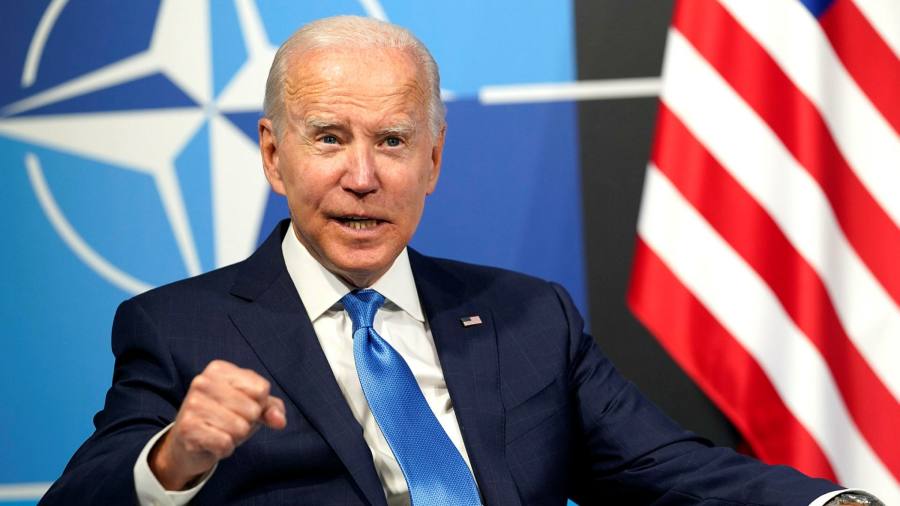 The US will increase its military deployments in Europe as part of a scaling up of Nato defences, President Joe Biden said, in response to Russia’s invasion of Ukraine.

Biden said the Nato leaders summit in Madrid was “history-making” and that the additional US deployments would “send an unmistakable message that Nato is strong and united”.

The US will establish a permanent headquarters for the US 5th Army Corps in Poland, Biden said at the summit on Wednesday.

It will also send 5,000 additional troops to Romania, two squadrons of F-35 fighter aircraft to the UK, air defence equipment to Italy and Germany, and two additional naval destroyers to Spain.

“The US will enhance our force posture in Europe, and respond to the changed security environment to defend every inch of allied territory,” Biden said.

“At a moment where [Russia’s President Vladimir] Putin has shattered peace in Europe . . . the US and its allies are stepping up, proving that Nato is more needed now than it ever has been.”